Because it is possible to die and still be alive

Within be fed, without be rich no more:
So shalt thou feed on death, that feeds on men,
And death once dead, there’s no more dying then.

We are so conditioned to think of death as the surrender of the flesh to the Grim Reaper that we don’t realize that death also happens to us even when we are still alive.

During our formative years we learn things that shape us, for better or for worse. We become conditioned. Often that conditioning is not healthy. It may be made up of negative patterns that our parents learned, and that they pass on to us. It may be made up of beliefs that we form because we do not have a perspective detached enough to realize that whatever happened had nothing to do with us. Or any number of other things. 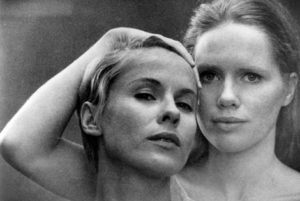 Perhaps we had to take on far more responsibility than a child ever should because the people who were supposed to take care of us were not functional, and we carry that into our adult lives. Perhaps we came to associate food with caring, because real nurturing wasn’t available, and today we use food in ways that is destructive for us. Perhaps we came to believe that the only way for us to be loved was to be sexually desirable, because in our environment there was an over-emphasis on sex, and as adults we use our sexuality in ways that act against our own best interests. Whatever; there are a million constellations.

The point is that our conditioning becomes part of our identity. It becomes a mould into which we are cast. But it is a false identity, because it is not based upon our own truth, but rather on who we think we should be in order to get what we need. Such strategies may have served us well when we were children, and powerless, but they rarely serve us well as adults. In fact, they usually turn into the antithesis of themselves.

That mould into which we are cast, which may start to feel like our prison, can be so incredibly hard to break. Un-conditioning conditioning is not a task for the faint at heart. Usually we have to go back – emotionally – to the point where our conditioning began to shape us, and beneath it is inevitably some psychic wound that has been neglected. Some people go through their entire lives cast in their moulds, and are never able to break free. Some, in fact, don’t even realize they’re in a mould. They just seek out situations into which they seem to “fit” and continue acting their way through life, ignoring the inner voice that demands authenticity. For some, that works OK. For most, it works for a while, and then it doesn’t work any more.

And when it doesn’t, when we are no longer able to ignore the inner voice that demands to be heard, we must begin to deconstruct our identity to find the truth that still resides within, buried beneath the rubble. The things that make up that persona we had so carefully constructed begin to die in us. Old illusions, perceptions, beliefs … things we may have clung to like a life raft because we thought they constituted our survival.

This dying is an agonizing process. It’s so, so painful. But if we don’t go through that death, we continue to be victims of our own past conditioning. We stay at the mercy of those survival strategies that served us well at one time, that helped us to feel as though we were in control, but which today control us. We don’t get to break out, to flourish as individuals, because that flourishing always depends on us finding our own authentic truth. Always.

If we don’t die, then death feeds on us. But once we have died, once we have deconstructed our personalities to find the person we really are and were meant to be, we have found the light and the truth within us. Then we cannot die any more. Death once dead, there’s no more dying then.