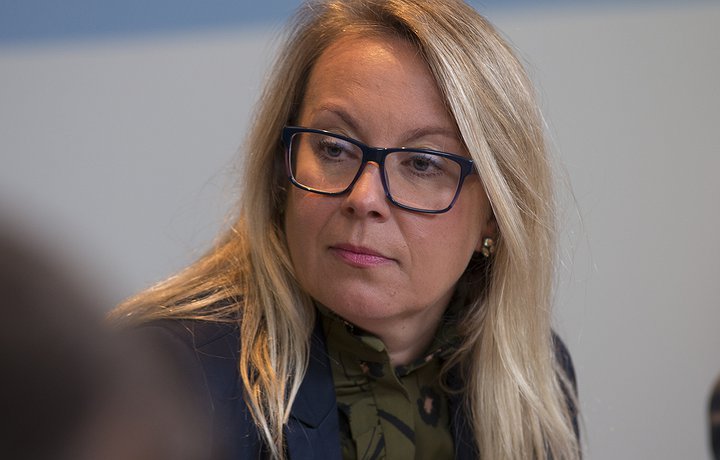 Almost exactly one year ago I wrote the post below, about the misconduct of Iceland’s minister of justice, in my monthly newsletter. That justice minister, Sigríður Á. Andersen, has repeatedly been at the centre of corruption scandals, but certainly among the gravest of those is her unlawful appointment of her own pet judges – due to cronyism, nepotism, or affiliation with The Party – to a new judicial level that was established in Iceland in 2017.

At the time, one of the main fears was that this would result in: “… all rulings handed down by the Court of Appeal may be invalidated if the Court of Human Rights in Strasbourg confirms that the appointments were unlawful.”

Well, this exact scenario transpired yesterday. The Court of Human Rights in Strasbourg confirmed what two judicial levels in Iceland had already ruled – that Justice Minister Sigríður Á. Andersen had violated the law when she overrode the verdict of an independent committee, removed four judges that the committee had deemed most highly qualified, and replaced them with four judges of her own choosing.

Indeed, the Court of Human Rights called her actions a “flagrant breach” of Icelandic law. After all, when the political sector begins to interfere in the judiciary, then the very foundation upon which a democracy rests is shaky.

Yesterday, when the ruling was made public, Sigríður Á. Andersen reiterated her previous position that she had no reason to resign, and that she would not consider it.

Today, there was a slight turnaround, and she announced that she would “step aside” temporarily, until the small matter that an entire tier in the Icelandic judicial system is now completely non-functional is resolved.

You see, the Court of Appeals has temporarily suspended all court proceedings, and 82 verdicts that it has handed down since it began operations in 2017 may have to be overturned. That is some serious shit.

Sigríður Andersen also plans to appeal the verdict of the ECHR to its Grand Chamber – a verdict that may take another couple of years to be handed down. In the meantime, presumably, the work of the Court of Appeals will be suspended, or at least conducted with complete uncertainty of its legality. Which appears to matter less than safeguarding her own political position.

Anyway, to get the full understanding of what went down, and for an example of the corruption that tends to fester in Icelandic society (yet which, thanks to the Court of Human Rights, appears to have been cut short here – at least for now) is outlined below. Again, that post is from my February 2018 newsletter.

Iceland’s corruption levels have been under scrutiny lately (or should I say once more), after Transparency International’s annual Corruption Perceptions Index, published earlier this month, declared Iceland to be the most corrupt country of the five Nordics. Granted, Iceland still scores higher than most countries in the world (it came in at no. 13, tied with Australia and Hong Kong) so going into full-on panic mode about this is probably premature.

Still, it seems that we, the concerned public, can never let down our guard, lest odious forces infiltrate our most vital institutions while we turn the proverbial blind eye. Warning signs are a-flashing, and at the moment the most brazen of those is the astonishing misconduct of our Minister of Justice Sigríður Á. Andersen.

A few years ago, a decision was made to restructure the Icelandic judicial system by adding a third tier to the two we already have, the District Court and the Supreme Court. This third tier, which comes between the two, is entitled the Court of Appeal.

This new court obviously required the appointment of judges – fifteen of them, to be exact. Per protocol, an independent committee was allocated the task of vetting applicants and assessing which were the highest qualified for the job(s). In due course the committee delivered its verdict, which is binding barring exceptional circumstances, and even then the proposed amendments must be passed by parliament. It is virtually unheard of anywhere in Scandinavia for a justice minister to oppose the verdict of an assessment committee.

But not in Iceland. Here it has happened on a few occasions. In fact, it is still fresh in the minds of many of us when a minister of justice from the Independence Party overrode a committee decision and appointed the son of Davíð Oddsson – high priest of the IP and, for a time, Iceland itself – to a district court.

Cut to early 2017 when Sigríður Andersen rejected four individuals selected by the assessment committee as being most qualified to serve as judges in the Court of Appeal, in favour of four people that she, herself, had deemed most suitable. Each of those people, it goes without saying, had special ties with the Independence Party, the business sector, or Sigríður Andersen herself.

Andersen’s pet appointments were subsequently passed in parliament by the majority coalition at the time. Soon afterwards, that particular coalition collapsed. Since then members of the Restoration Party (Viðreisn), who were in coalition with the IP at the time, have accused Andersen of concealing information that would have impacted their vote. Tsk tsk.

Now, I am sure we are all aware that the political appointments of judges are a serious matter. After all an independent judiciary is one of the cornerstones of a healthy democracy. Unfortunately the Independence Party is notorious for such appointments, made even more serious by the fact that they are the political force most commonly associated with large-scale corruption in Icelandic society – so much that they are frequently referred to as the “Icelandic mafia”. And when the mafia starts to fill judicial posts with their own judges … well, I’m sure we can all see the problem there – as well as the interests that are at stake.

Following Andersen’s appointments, three of the four shunned applicants initiated legal proceedings against the Icelandic state, citing that Andersen had failed to conduct an independent assessment of the judges she appointed in their place – an assessment that is required by law to be carried out.

Long story short, Justice Minister Sigríður Á Andersen was found guilty, in both the District and Supreme Courts, of having violated the Administrative Procedures Act. Each of the two plaintiffs were awarded damages of ISK 700,000 (USD 7,000), payable by the Icelandic state. The third case is still pending.

So, to recap: we have a minister of justice – a minister of justice – who has been found guilty of breaking the law in two separate courts. Incidentally, she is the same justice minister who played an instrumental role in the pedophile scandal that caused the previous government to collapse, by concealing information about the involvement of the prime minister’s father. Even so, Andersen was once again made justice minister when the IP was voted back into power (as they always seem to be), no doubt to award her for her dogged loyalty to The Party.

In any other self-respecting democracy, a minister of justice who has been found guilty by the highest court in the land of breaking the law, would automatically resign. Not in Iceland. Despite the fact that Sigríður Andersen has been found guilty of misconduct and we, the taxpayers, are paying the price for it, she refuses to step down. Instead she arrogantly proclaims that she was as much of an expert as anybody when it came to assessing the qualifications of her four pet judges, and therefore no independent assessment was required.

As if that was not serious enough, it has now come to light that all rulings handed down by the Court of Appeal may be invalidated if the Court of Human Rights in Strasbourg – to which this case will almost certainly be appealed – confirms that the appointments were unlawful. (There is precedence for this elsewhere in Europe.) The wait for such a verdict may be 2-3 years, and during that time, the Court of Appeal will be in full operation. If all rulings handed down during that period are deemed to be invalid, it will spell major disaster for the Icelandic courts and penal system.