A meditation on the resurrection 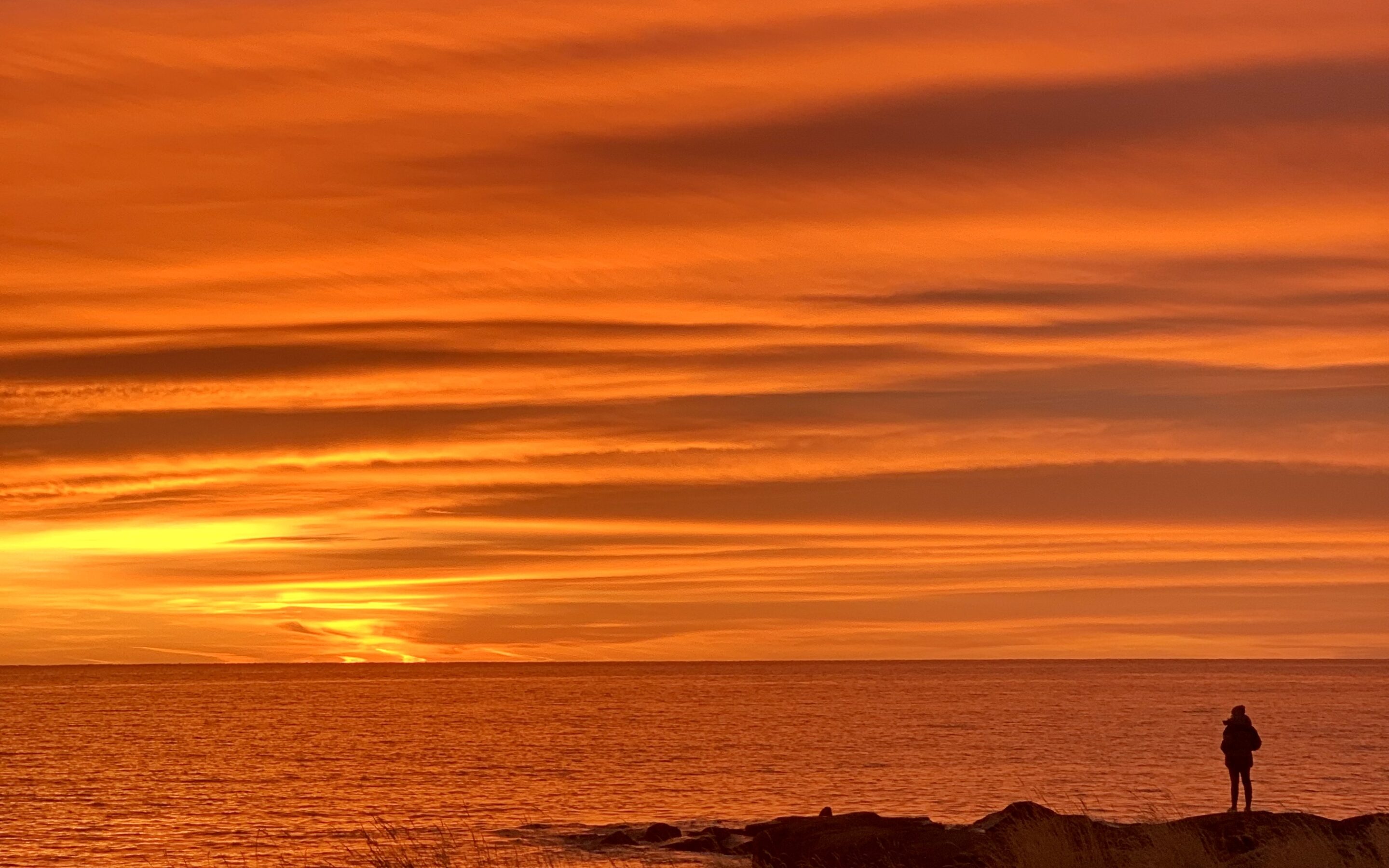 When I was twenty years old, I fell in love for the first time. It was the most intense and beautiful thing I had ever experienced. There was only one minor problem: I was struggling with a huge, terrifying, demonic force inside my own self. I’m sure there are many labels for it—depression, mental instability, negative animus, demonic possession … take your pick. I just know that it was horrifying, like it was slowly and systematically sucking the life force out of me. It was like a voice, but not a voice, whispering incessant messages about my innate worthlessness and how I deserved to be annihilated. Erased. That dark energy was insidiously and relentlessly working to sabotage any chance I had at a healthy and happy life. But I didn’t know that then. I had no labels yet. I was simply struggling to keep my head above this dark cesspool in which I was paddling. Strangely, it was as though that voice had been lying in wait inside me for years and years, but it wasn’t fully roused until the powerful light of love was directed into my soul. That was when the demonic serpent reared its nasty head and the battle commenced. The more I struggled to be free, to surrender, to give myself over to this life force, the more intense the darkness and inner sabotage became. It’s hard to explain its effects on a day-to-day basis; suffice it to say that it made normal life virtually impossible. If I tried to go out for dinner or a movie, I became immersed in such a dark and deep depression that I was virtually catatonic. The man I was seeing would speak to me and I couldn’t comprehend what he was saying. I couldn’t concentrate on anything, couldn’t think of anything except that I needed to go home, lock the door, and let no one inside. Yet that option was also terrifying, because then I was letting the demon win.

The simplest things in life eluded me completely. I saw people who went out to the bakery on Saturday mornings, bought bagels and a newspaper, then went home to their loved ones, had breakfast and read the paper together. I pined for that. It wasn’t much. But the voice told me constantly, incessantly, relentlessly that those things were not for me—would never be for me. Love, family, serenity, peace, security, sunlight pouring in through the windows on a Saturday while drinking coffee at the kitchen table – those things were for other people, never for me.

I see now that what was going on inside me was the battle of good and evil—a struggle as old as mankind. That age-old war is not fought in some remote external location—it is fought right inside our own hearts and minds.

Through some fluke, I picked up a copy of the New Testament that the Gideons had given to me at school. I was not particularly religious, and still am not—to this day I shrink from organized religion and abhor religious extremism. But to my surprise, I found that identified with The Book, especially the Apostle Paul, who seemed to have struggled the way I did. My favourite passage, at the time, became this:

That described my condition in a single sentence. I desired nothing more than to surrender to the relationship I had found, but instead of doing that – instead of giving myself over to it, enjoying it, reveling in it … something inside me was bent on destroying it. And it wasn’t me, it was something else. Some other force, that destroyed life. And eventually what I feared the most, happened: the love was obliterated by the darkness. Our relationship was destroyed.

Looking back, I see that I was going through a long, drawn-out death of all the parts of me that needed to die. These were old, destructive, non-life-giving beliefs that had been planted in me, or that I had adopted in order to survive. Parts of me that were not the real me, but rather a part of the persona that I adopted to function in the world. All those parts needed to die before a new self could be born. I would learn that the process could not be rushed, could not be forced. But eventually it did happen. Out of the rubble came a new person.

On Easter, Christ is said to have risen from the dead. My personal belief is that much of what is written in the Bible is allegory for the human condition. I do believe a man named Jesus from Nazareth lived and that he was a remarkable human being, a pacifist, a truth-seeker, a man with ‘flawless mental sight’, a man who should be an inspiration for anyone. As for whether he actually rose from the dead, I do not know. What I do know is that it is possible for human beings to die a certain kind of death, a spiritual and psychological death, during the course of their lifetimes—and be resurrected as new people, into a completely different life, a life that they could never have envisioned for themselves. I know, because today I have the life I thought I would never, ever have. I’m living proof.

My memoir, Daughter, about my own personal resurrection, is now out in ebook and paperback formats.

Photo of girl by Eric Ward via Unsplash