On my copyright dispute with Polish publisher Wydawnictwo Poznanskie 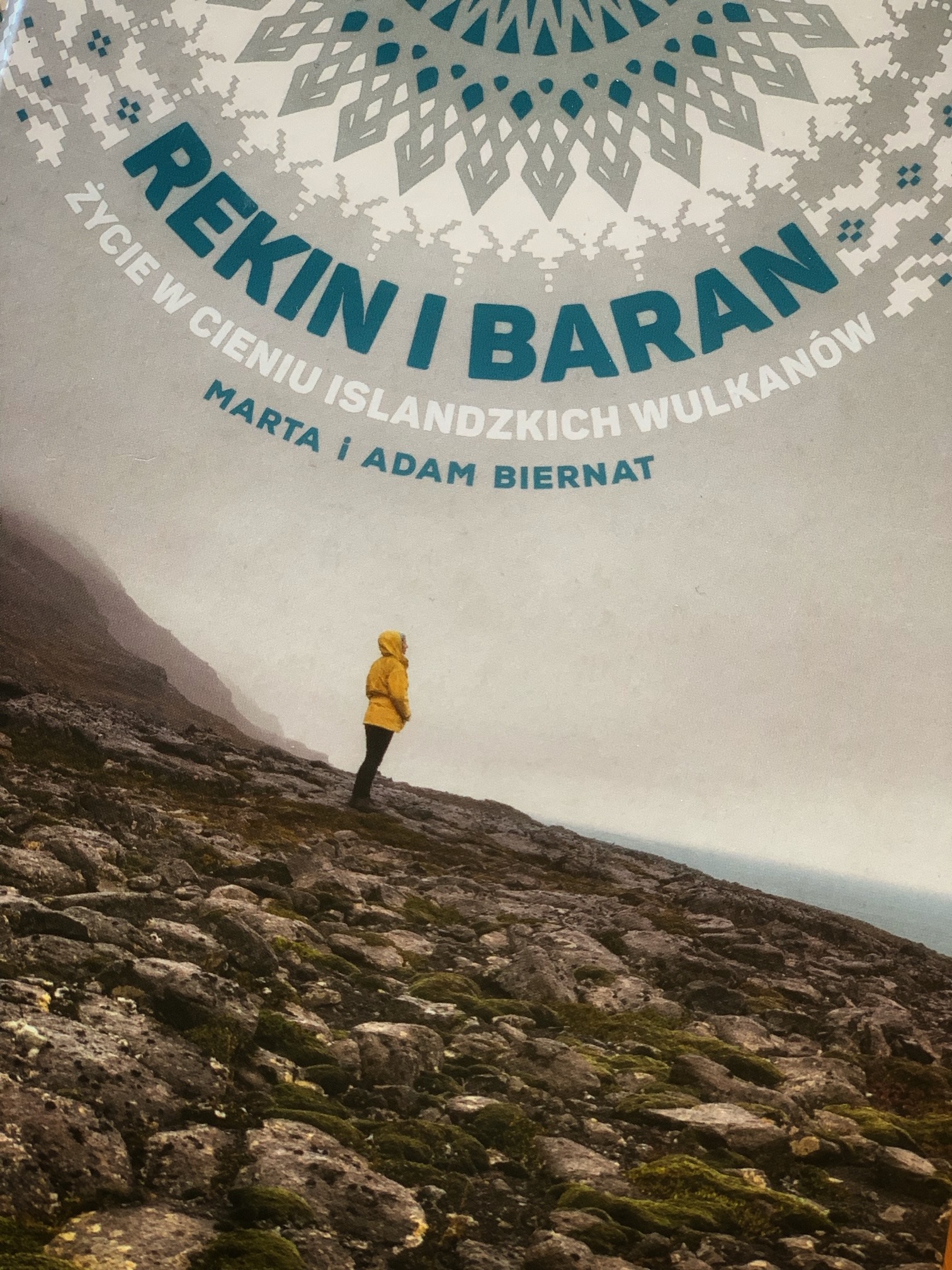 Just over a year ago, I received an email from a follower of my work, informing me that there was a book published in Poland that appeared to contain within it large sections of my book The Little Book of the Icelanders in the Old Days. This person knew my book well, and estimated that 90 percent of it was incorporated into the Polish book, either as a direct translation or a paraphrase. Parts of my other books, she said, appeared to be in there, as well.

She asked me if I knew about this. I did not. The name of the Polish book is Rekin i Baran, by Adam and Marta Biernat, published by Wydawnictwo Poznanskie, an established Polish publisher based in Poznan. Adam Biernat writes an Iceland travel blog called Bite of Iceland has a popular Instagram account by the same name, and a Facebook page with a large following. Marta Biernat was listed as co-author of both the blog and the IG account until recently. Both of them, according to their Facebook profiles, live in the village of Siglufjörður, north Iceland, though some more recent posts would suggest that this is not so, at least not any more.

The kind follower who alerted me to the book offered to mark in the sections that she believed had been plagiarized. She even went so far as to mark in the pages in my book that corresponded to the sections in Rekin i Baran. On receiving this, and after doing some cursory Google translation, it seemed to me that her findings were correct. I was shocked and upset that my work—my words, my voice, my research, my time—had been brazenly appropriated, and that this was being widely distributed by a respectable Polish publishing house.

I immediately sought advice from the Icelandic Writers’ Union, who referred me to their lawyers. After examining the case, they sent a Cease and Desist letter to Wydawnictwo Poznanskie, informing them that it appeared that Rekin i Baran violated copyright law, and constituted theft of my intellectual property. When the publishers responded, some ten days later, they dismissed the claim outright and rejected all responsibility.

At this point the Icelandic lawyers gave me a list of legal firms in Poland that specialize in copyright law, since they were unable to take the matter further. After some initial enquiries, I chose a firm in Warsaw as legal representatives. After studying the two books closely they came back to me with a strong recommendation that I pursue legal action against the authors of Rekin i Baran and Wydawnictwo Poznanskie.

On that basis, I travelled to Warsaw last October to meet with them. We decided that they would write a Cease and Desist letter to the publishers, demanding damages and public acknowledgement of the infringement.

The publishers’ response to this second C&D letter was rather more attentive than to the first. Through an attorney they expressed a willingness to settle the matter out of court. A meeting was arranged with my lawyers (I had by this point returned to Iceland) that we understood was to include the authors, yet in the end only the publisher’s representatives attended. They stated that the authors had not accepted culpability, which apparently was a problem for Wydawnictwo Poznanskie. The publisher did, however, offer a sum to settle the matter. That sum was simply inadequate, so my lawyers and I decided to make a counter-offer.

The next communique was a request from the authors, Marta and Adam Biernat, to meet with my lawyers. As they had not attended the first meeting, apparently had nothing new to propose, and since a second meeting would add a few hours’ worth of legal fees to my bill, my lawyers declined.

Weeks passed. Meanwhile, Rekin i Baran was still being sold, online and in retail shops, throughout Poland, yet the publishers had not responded to our counter-offer. When my lawyers pressed them, the publishers finally responded, but their position had changed: they now threw responsibility onto the authors, and reduced their previous offer to settle the matter by more than 50 percent. This offer, they claimed, was for “their” part of the responsibility.

My lawyers then sent a C&D letter, with our list of demands, to Adam and Marta Biernat directly, demanding that they make us a reasonable proposal within five days.

That was at the beginning of June. From that time, and until yesterday, there was no response from from Adam or Marta Biernat. The C&D letter, sent to them by registered mail, was returned unopened.

There had been no response from Wydawnictwo, either, since the beginning of June—until this story broke yesterday. Nevertheless they had continued to make Rekin i Baran available for sale for fourteen months, despite knowing about my complaints and the extensive passages that appeared to have been appropriated.

Wydawnictwo Poznanskie has now, through their lawyer, expressed a renewed willingness to negotiate. My lawyers have advised me to pursue this course of action, and I have agreed. We will see what happens.

Note: This post was initially published on my Facebook page on September 2, 2019. I have decided to publish it here, backdated, for reference.